We Save Lives and the National Road Safety Foundation launched National Passenger Safety Week and were joined by more than 50 other partners. 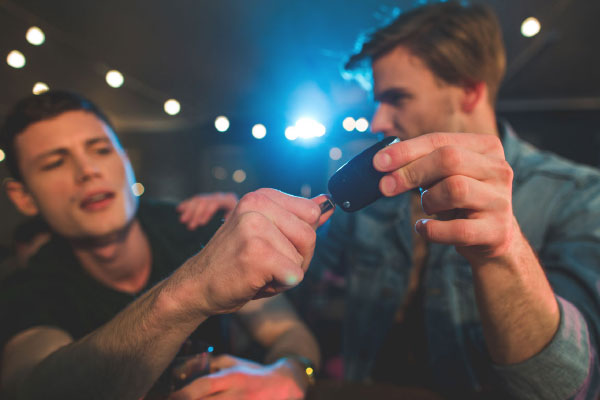 At some point in our lives, we’ve all had the uneasy feeling of being a passenger and just not being comfortable with how the person behind the wheel is driving or conducting themselves. Maybe the driver has had too much to drink, or they’re going too fast, or they’re distracted, talking on the cell phone and not paying attention to the road.

Or perhaps we’ve seen friends or family head to the car to go somewhere, and you know deep inside that they’re really in no shape to drive safely, that they’re in danger of harming or killing themselves and others. Still, it can be hard sometimes to speak up, to know when and how to intervene. That takes courage and guts, especially in a social setting when others are watching, and you don’t know how the person you might be confronting is going to react.

But silence doesn’t save lives. National Passenger Safety Week is about having the courage to speak up and intervene.

Thousands of people know this pain as the friends and family of loved ones who died as passengers in completely preventable crashes. Many of them were teenagers who hopped in the car with impaired friends driving or with multiple passengers, violating legal driving restrictions meant to help keep them safe. Sometimes in the tragic aftermath, stories emerge of friends and parents being concerned but not taking action: I tried to stop him, but he wouldn’t listen. I didn’t know what could happen. If only I had said something when she took that call…

In fact, you can do something about it—many things, in fact. All this week (January 23–30) has been National Passenger Safety Week, a movement launched by We Save Lives and the National Road Safety Foundation to empower passengers to speak up when their lives or those of others are in danger from reckless drivers. But every day should be a day when we as passengers and bystanders have the Courage to Intervene. 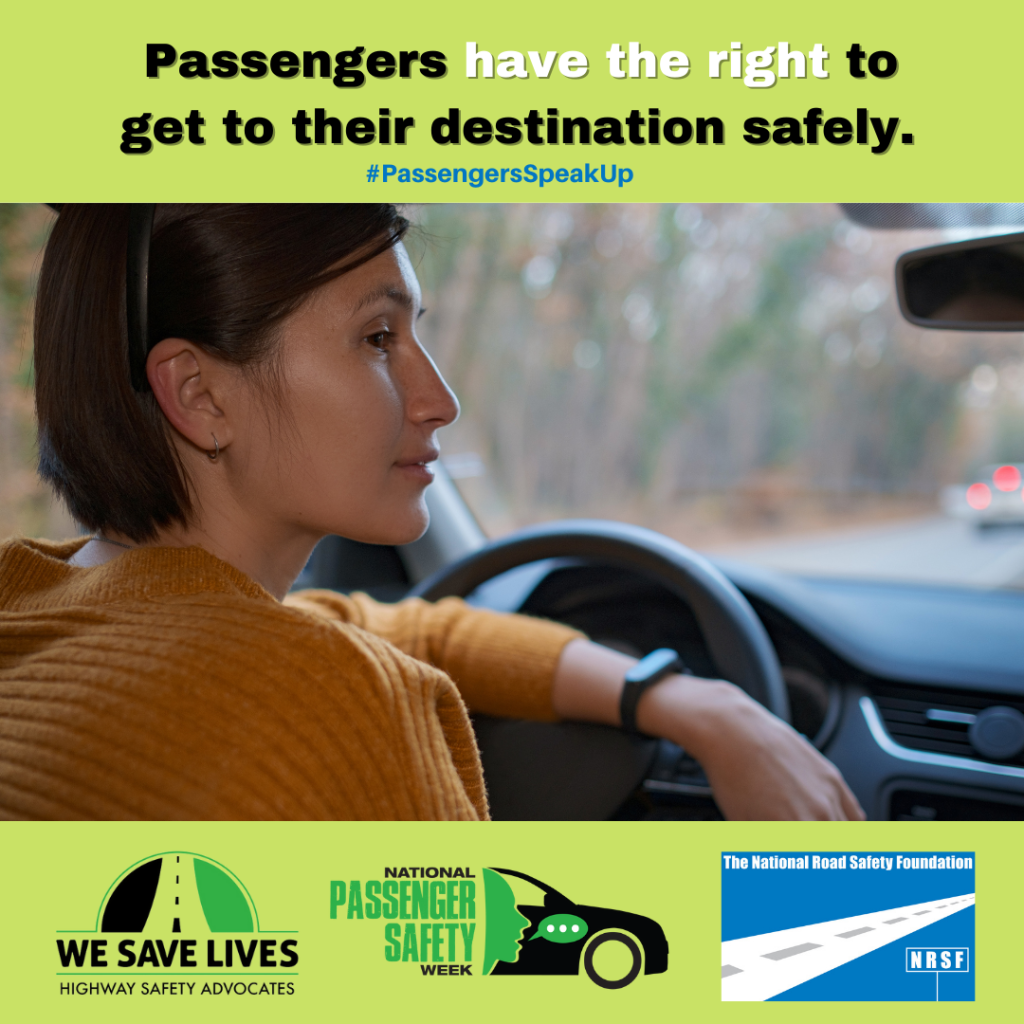 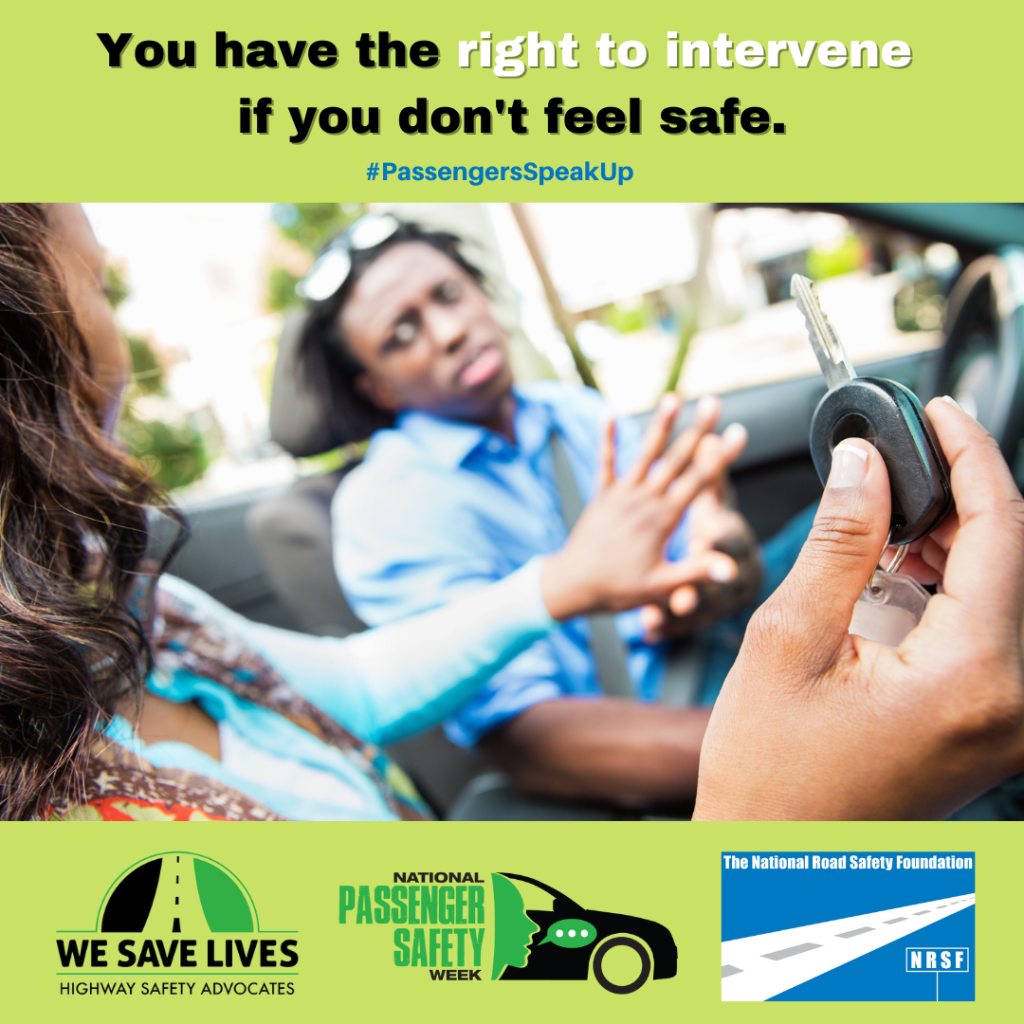 As passengers, we can do simple things to help. There are obvious tactics, like talking to and taking away the keys from an impaired driver, but we can also volunteer to be a designated texter so the driver doesn’t feel tempted. We can help navigate or gently point out if the driver is being erratic, running stop signs, or speeding. If we know they’re not the best driver, we can offer to drive for them. Try de-escalating emotional situations.

And honestly, sometimes the most helpful thing you can do is to stop talking and not be distracting during changing conditions or obviously stressful situations, like city driving or during bad weather.

If you feel the situation is unsafe, don’t ride with them. Get out of the car as soon as possible, and don’t let others ride either. Make it clear that you care about the driver, yourself, and others, and don’t back down, no matter what. It helps others be brave too.