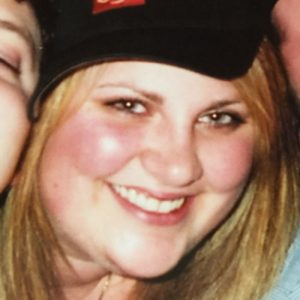 As passengers, we’ve all had the experience of being uncomfortable when another person is driving
us. It could be our spouse, partner, grown child, friend, or parent. It could be someone we’ve known
all our lives or a stranger we barely met a few minutes ago. Regardless of who or what the situation
is, we all deserve to be safe—both us and others.
One very difficult scenario is when you’re riding with a driver who is angry, and their rage is
affecting their judgment behind the wheel. They might be driving faster, steering jerkily, or
tailgating. As a passenger, it’s critical that you try to defuse the tension, or at least not make it
worse.
Several years ago, I was a passenger riding up front with my son, who was driving in downtown
Madison, and his girlfriend was in the backseat. I wanted to turn up the heat on my side of the car,
and this set him off for whatever reason. He just exploded with fury. Taken aback, I stared at him
dumbfounded since my innocent desire for more warmth was in no way commensurate with his
level of rage.
His girlfriend and I started protesting, which only angered him more. Most alarming was his
repeatedly turning sideways to look back at his girlfriend (therefore taking his eyes off the busy
road) while utterly screaming at both of us. Adrenaline was taking over, jeopardizing his judgment
and thinking. I realized what was happening and quickly shouted at her to stop arguing with him
before he did something rash. At this point, it didn’t matter who was wrong or right—we all stood
to lose, as well as any innocent driver or pedestrian who might cross paths with us.
The girlfriend got the memo, and instantly we all fell silent. The extreme emotion of the moment
passed, and the air became heavy with tension and sullenness. But at least it was better than having
him potentially take out his anger with a 5,000-pound vehicle.
If you ever find yourself in this situation, it’s essential to act, and especially if children and other
passengers are in the car.
● If you’re the cause of the rage (i.e., you started the argument), disengage. Just stop talking
and stay quiet. Whatever needs to be sorted out can be done later when everyone’s safely
off the road. If the driver keeps baiting you to react, don’t. Now’s the time for self-restraint.

● If the driver is getting more upset because you’re not responding, say you’re sorry—and
not in a snarky, sarcastic way. Even if you don’t really mean it, that’s not the point; you
just need to defuse the emergency, because that’s what it is.
● If the driver is angry at something or someone other than you, try to be empathetic and
show you’re listening without judgment. Even a few calm words can make a difference.
● Speaking of calm, stay calm yourself. Getting more upset and emotional won’t help you
think clearly.
● Try to direct the driver’s attention to something else. In this case, a little distraction
might be useful. Point out something else happening in the environment or mention that
you just got a text from someone you both know who has significant news.
● If you’re truly afraid that you and others are in imminent danger, think of a way to get the
driver to stop the vehicle. Say you need an emergency bathroom break or make up some
other excuse. (If domestic violence is a possibility, ask to pull over in a public place where
other people are present.) Then, once you’re stopped, get yourself and others out of the
vehicle and refuse to get back until the driver has either calmed down or the dynamics of
the situation have shifted.

Remember, you have power as a passenger—use it wisely.